The June Junior Gippstar Award Winner is Kaja Tierney of Traralgon for her achievements in her sport of Triathlon. Kaja competed in the 2xu state triathlon series In Melbourne. Race 4 was a selection race for the School Sport Victoria State team to represent Victoria at the Australian Championships in Hervey Bay QLD in March. Kaja placed 4th in this event and was 1 of 6 girls selected.

Included in the selection process were her past place finishes, where Kaja placed in the top 6 in the 3 prior races and 1st in a discretionary race held in Yarrawonga for School Sport Victoria. Age 13/14 Girls. 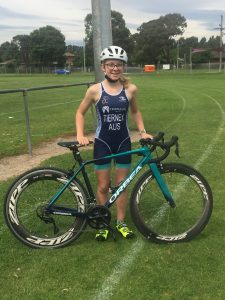 The June Open Gippstar Award Winner is Caleb Serong of Warragul for his achievements in his sport of Australian Rules Football. Caleb was drafted Caleb was drafted from the Gippsland Power Football Club, by AFL Club Fremantle Dockers, in Round 1, as Pick 8 in the 2019 Australian Football League National Draft. Caleb had an outstanding 2019 season co-captaining Vic Country at the NAB AFL U18 Championships, winning Vic Country’s most valuable player award and being selected in both the Under 18 All Australian side and the NAB League Team of the Year. 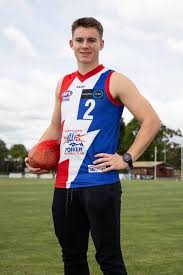